Welcome to week three of Spazz Saturday!
Apologies for last week's absence, and the week before that, too. The past two weekends had been crazy! Speaking of crazy...

Unless you've been living under a rock, then I'm pretty sure you've seen or heard about 'Gangnam Style' - PSY's single that has taken the entire planet by storm. 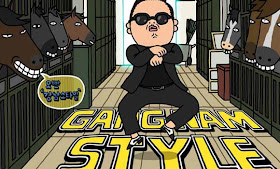 'Gangnam Style' is a Korean colloquial term that refers to the luxurious lifestyle associated with the rich and famous residents of Gangnam district - the most upscale and affluent part of Seoul. Think of it as 'swag' or 'yolo' in English slang. 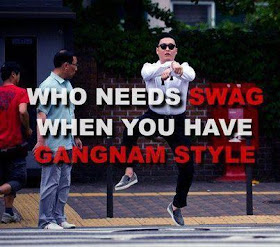 Released last July 15, the song was written and recorded as the title single of the sixth studio album PSY 6 (Six Rules), Part 1 and became the talk of the town among Kpop fans as soon as its video was released on YouTube. The video became viral, and went on to become an international sensation. 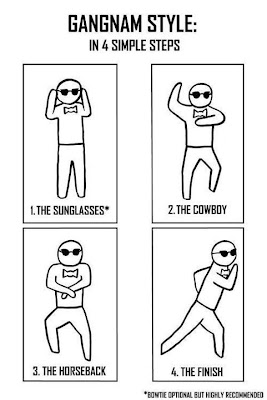 This overwhelming popularity paved the way for PSY's international stardom - this includes PSY's expansion in the United States, plus his U.S. debut appearance at the 2012 MTV Video Music Awards. PSY also gained the interest of many Hollywood top honchos, including Justin Bieber's manager, Scott Braun. To date,  PSY is now part of SchoolBoy Records, where he recently signed a contract with.

And just in case you haven't seen the video yet, here it is. See why the world has gone nuts over PSY's 'Oppa Gangnam Style'. :)

How about you? What's making you spazz right now? Share your posts below!

Remember, this linky party is not limited to Kpop idols or Korean stars. I just happen to be very, very, fond of them.

Please don't forget to link back to this blog or grab the code above! Comments are most welcome, too.