Math Games and more at Calculators.org

If we're friends on Facebook or if you're following me on Instagram, then you're probably familiar with or have seen photos of my nephew, Morgan. Everyone in the family believes that this little boy is some kind of genius because of his abilities that are well above average for his age.
Morgan showed great interest in music before he even turned one. Then he learned how to read when he was a little over two years old. Shortly after, he could easily sing songs in our videoke because he knew how to read the lyrics. At three years old, he can do basic arithmetic operations such as addition and subtraction. Now that he's four, he can easily do mental math up to four digits.
That being said, I've recently discovered a website that's up to Morgan's alley. It's called Calculators.org, and this website is a cornucopia of fun and educational games for kids. They have a wide selection of Math games which suits kids of all ages. From simple counting and sequencing games, to basic arithmetic, to mind-boggling Sudoku, this website has it all!
Some of Morgan's favorites include Math Bee and Feed Math. In Math Bee, you can choose among the four basic operations and answer simple problems. Morgan easily breezed through the problems, especially with the addition part.
Feed Math, on the other hand, focuses solely on addition. Here, you have to feed the boy with numbered sushi dishes. The two numbers must add up to the number on the boy's shirt. Time is replenished after each round, and the numbers get larger as you progress with the game.
Calculators.org also has a great selection of puzzle games, and Morgan truly enjoyed playing with them. This kid has a penchant for jigsaw puzzles, and he sure was thrilled to see that he can play with puzzles "even on a computer".
The other puzzle games are a tad more difficult, such as Cartoon Puzzle and Jigsaw Deluxe. Here, you can choose the number of puzzle pieces, up to as many as 100. We stuck with the simpler puzzles because hey, we're doing this for fun, after all.
Aside from puzzles and Math games, Calculators.org also has a wide array of board games. Most of these are reminiscent of the classic board games from our childhood, and it was nice introducing them to Morgan. He had so much fun playing Snakes and Ladders with Yue, whom he refers to as his "best buddy number four". (His parents are one and two, and his sister Maggie is best buddy number three, haha!)
Yue was excited to see the Chess among the board games, but since he can't play this with Morgan just yet, he decided to play against the computer. In a few years' time, maybe the two boys can go to head to head in an actual chess game.
If you have kids who are into Math, puzzles, board games, or even word games, I strongly suggest that you introduce them to Calculators.org. Not only will they have hours of fun with their plethora of games, they'll also learn a lot from them, too. These games are absolutely free, and you don't have to sign-up just to play. You also need not download anything as the games can be played directly from your browser. The site is ad-free, so you don't have to worry about annoying pop-ups in the middle of your game. 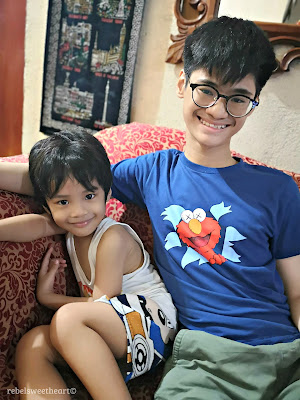 Morgan (and Yue) had a blast with these free educational games at Calculators.org, and I'm sure your kids will, too.