Although Yue and I have not had the opportunity (at least not yet) to witness cherry blossoms in full bloom or experience Cherry Blossom Festivals in any of our previous trips to Korea, we've been lucky enough to chance upon the Rose Festival in Seoul for two years running.
Last year, we joined in the revelry of the Rose Festival held in Jungnang-gu. This year, we went all the way to Gwacheon to catch the last few days of the Seoul Grand Park Rose Festival.
Roses in full bloom after the jump! :)
An annual event that usually lasts a fortnight, this year's Rose Festival ran from May 26 until June 10. The festival was held at the botanic garden, located at the right side of the park. The venue is approximately 950 meters away from the park's entrance, and it takes a while to get there by foot. It's a good thing Yue is used to long walks like this - not once did he complain as we made our (very long) way towards the Theme Garden.

Apparently, there were other means of getting to the venue - via the skylift, which Yue refused to try; or via the elephant tram, which passed by a few times as we sauntered off to the garden. Had I known that the tram is open to the public (I thought only those entering the amusement park could use it), I would have gladly paid for the ride to save us from all that walking.
Speaking of rates, admission fees for the Rose Festival were 2000 won (around $2 or Php 100) for adults and 1000 won (around $1 or Php 50) for kids. Tickets are sold at the booth beside the garden's entrance, where there was a short queue when we arrived.
As we entered the venue, Yue and I were greeted by the warm smiles of the ushers and the delicate scent of roses. And once inside, we got to marvel at the beautiful garden with rows upon rows of roses - more than 20,000 of them from 290 species. 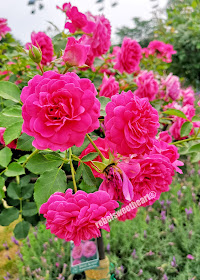 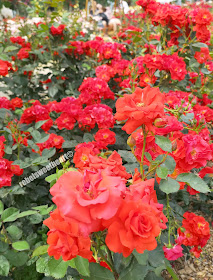 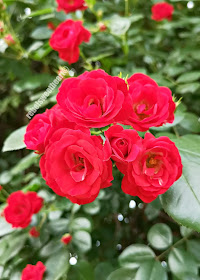 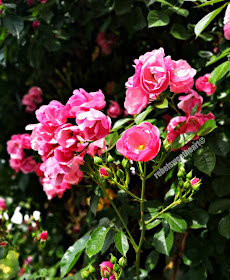 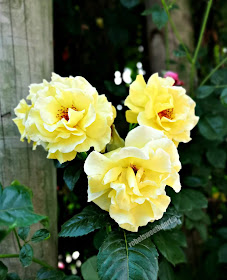 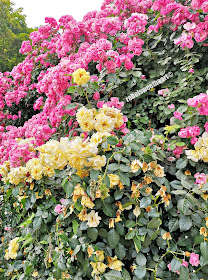 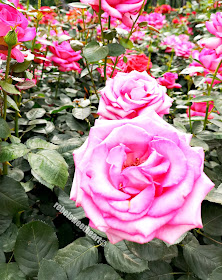 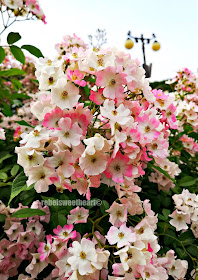 There were photo zones all over the garden, and everyone had a blast, taking photos with these lovely roses in the background. Even the elders who were visiting the garden that day (think halmonis and ahjummas) were hamming it up for the camera - how cute is that?! :) 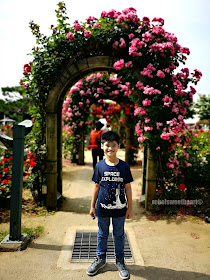 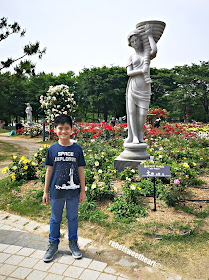 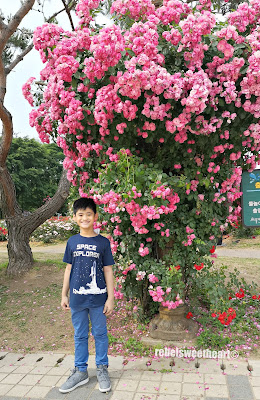 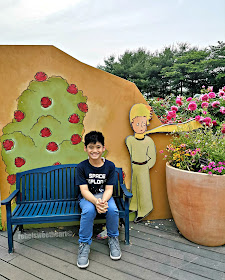 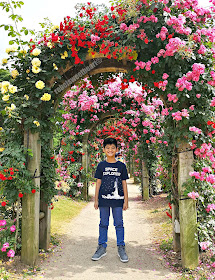 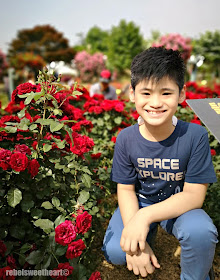 A young Korean couple asked us to take a photo of them by the windmill, and they took a photo of us in return.
I had to have my moment, too. Because you gotta do it for the 'Gram - lol. :) Thankfully, Yue now takes better photos of me. Or it's the (kick-ass Leica) camera, perhaps? :)
Special programs were also offered during the festival. On weekends, they have beauty classes in the afternoon (1 pm - 5 pm), as well as a concert and a magic show (1 pm - 6 pm). They also had carpentry activities on certain dates (May 27, June 2, 3, and 10) for the first 50 participants. All of the said programs were open to the public, free of charge.
Since we visited on a Thursday, we weren't able to take part in any of the said activities. But we did swing by the Children's Zoo located within the Theme Garden.
Although this zoo is much smaller than the Seoul Zoo, which is the 'main zoo' of the Seoul Grand Park, Yue had fun looking around and watching the animals and their antics.

Yue and I skipped the Seoul Zoo, because we still had to go to the nearby Science Museum. Will blog about this experience next. Stay tuned! :)