The Big Bang Alive Tour in Manila is still three months away, but would you believe that the VIP seats are sold out this early?! Even a great number of the Lower Box seats have already been taken!

And so before I end up standing at the back row near the fire exit come concert day, the little man and I went straight to SM City San Pablo, as soon as his class ended. The goal was to score five tickets for my friends and I. 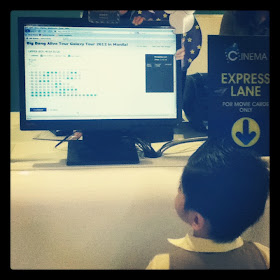 I managed to find five available seats at the Upper Box. Not the seats that I wanted, but for now it'll do.
I didn't purchase the tickets outright and had them reserved instead. I still have three days (the last being this Saturday) to claim the tickets, and I'm hoping those seats that I originally wanted will be available again. 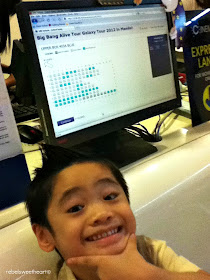 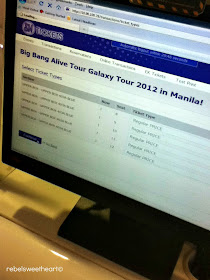 Sharing with Wordless Wednesdays all over.