Summer is almost over here in the Philippines, which also means one thing - another academic year is about to start. The 2012-2013 school year officially begins on June 4th (for public schools, at least), and thousands upon thousands of students are expected to swarm to their respective schools on that day.

I know some kids aren't quite excited with the fact that summer break is over - no more fun and games, back to books and homework. But still there are some who are very, very eager to go back to school - mostly because they'll be receiving allowances again. I know, because I used to be one of those kids who are totally bummed with the 'no classes, no allowance' rule.

In this year's 'Cartoon Network New Generations' survey, research shows that 9 out of 10 Filipino children receive allowances from their parents on a daily basis. On the average, a typical Filipino child receives an allowance amounting to Php 206 per week. Not surprisingly, children from more affluent households receive more. For instance, kids from AB homes (ergo, the Upper Class) have allowances averaging to Php 366 per week; kids from C homes (aka, the Middle Class) receive an average of Php 268 per week.

As for the spending habits, 57% of kids in the country spend all of the money they receive, while 87% claim to spend only half of their allowances.

When it comes to saving, 51% (that's more than half!) of Filipino children claim to be unable to save money. However, a good 34% have their savings stashed in their piggy banks (or coin banks, for that matter), while another 11% have turned over their savings to their parents for safekeeping.

Alarmingly, a whopping 61% of Filipino parents do not have bank accounts set up for their children, and only intend to do so (hopefully they will) within the next 12 months. Only 14% of Filipino parents have bank accounts under their child's name, and I'm proud to say that I belong to this very small proportion. I don't worry too much about my little man's spending habits because even at an early age, I've instilled in him the value of money. He'll be entering as Kindergarten this June, and at his age, kids usually bring snacks to school instead of receiving money from their parents.

Here's hoping that Cartoon Network New Generations survey for 2012 will serve as an eye-opener for Filipino kids, and most especially, their parents. 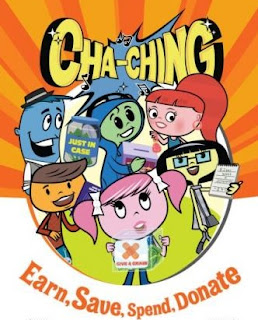 The Cartoon Network New Generations is a study that focuses on the lifestyles and preferences of kids in the Asia-Pacific Region. For 2012, the survey focused on the Philippines, where a total sample of 1000 kids across Metro Manila, Cebu, and Davao participated.. The kids, aged 7-14, were interviewed face-to-face, in-house, together with their parents. This year's study was conducted by Ipsos Philippines.