My Little Money Mogul | Talking Money with your Toddler.

A few days ago, my two boys had a very interesting conversation via Skype.


This took me by surprise too, but I was all the more pleased when I heard this. It seems like my little man is really starting to learn the value of money, which is something I had been taught at an early age. Who would have thought that a self-confessed shopaholic like me can be very frugal as well?

My mom has been working overseas since I was in grade school. She goes on vacation at least twice a year, and sends money home every month. Handling the monthly allowance used to be my grandmother's responsibility (those days, we were left under her care); when I turned 16, this task was turned over to me. I was then in charge of managing and budgeting our monthly allowance, which covers our school allowance, monthly bills, and food expenses. It wasn't easy, but I somehow managed to pull it off. After four years, I then turned over the responsibility to my younger brother.

Having learned a lot from this experience, I wanted my son to be money-wise even while he's young. And the simplest way to do that is by giving him his own coin bank, which he can 'feed'.

This cow is a picky eater, though. He 'eats' only 5-peso and 10-peso coins; denominations lower than that won't be accepted. Peso bills are okay, too. But it has to be at least 50-pesos. (Whoa! This cow really watches what he eats!)

I take Yue to practically everywhere I go, so he's pretty much aware that riding the public transport entails money. He knows that you have to 'give the driver money so you can ride' and sees to it that he'll be the one to do that. He feels a sense of responsibility that way. And will throw a fit otherwise.

He's been to the bank countless times, and he knows that it's the place where money is kept. And since we do errands and go shopping together, he knows that his clothes, his toys, his milk, and even his favorite chocolate bars are 'bought and not given free'. And because I almost always make a fuss over wasting electricity, Yue now has the habit of turning the telly off when he's done watching and turning the lights out when he's leaving the bedroom.

Ask him where his Dad his and he'll say, "In Korea." Ask him again why and he'll answer, "Work. To buy me milk and toys and shoes." That is the reality, after all. Nothing in this world is free, and money doesn't grow on trees.


Earlier today, Yue gave me a lecture of his own. Running to me with an envelope in hand he asks, "Mommy, nagbayad ka na ng bill? Mapuputulan tayo ng telepono sige ka." [Mommy, have you paid our bills? They'll cut off our phone if you don't.]


Owkaaaay. I may have overdone this money-wise thing. My three-year-old nagging me over household utilities? That's a milestone.

And for the record, that was my credit card statement he was holding. And the telephone bill has long been paid. 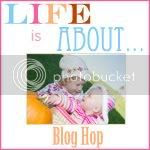 Because life is about learning. :)
And to Mellow Yellow, because of Juju. :D