I don't have a New Year's resolution, because I have to admit, most of those that I've made in the past don't end up getting resolved anyway. So instead of chalking down an exhaustive list of resolutions (that will most likely be forgotten halfway through the year), I just came up with a mantra that will serve as my guideline for the entire year. I call it 'imbibe and ignore' - imbibe the positive, and ignore the negative.

Six days into 2012, and it's been a great week so far. I kicked things off by getting my own domain, and finally having a (dot) com to my name.

Got me some great drugstore makeup, too. This eyeshadow trio arrived at my doorstep yesterday. They came just in time because the browns and neutrals in my train case are almost hitting the pan. (Will make a separate post about this later.)


Then there was Siwon dancing in Eastwood and the rest of Super Junior performing live... from my TV screen.

Finally, I got another surprise last night when I learned that I was the winner of Breena's 100 Follower Giveaway. I won a free ad space for one month, on her blog! I am so thrilled and honored to have my badge sitting comfortably on her awesome blog. It's on the right sidebar, the girl riding the ATV - you can't miss it.

Good vibes, good times - and so they say. I couldn't agree more. Good things happen when you surround yourself with the good, and when you channel out only the good. It's one of the things I've learned from the little angel who's always beside me. (Even in Instagram photos.) 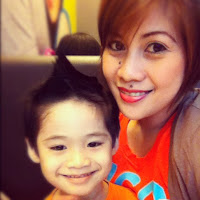 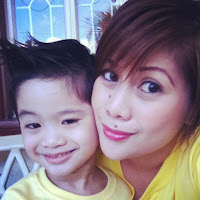 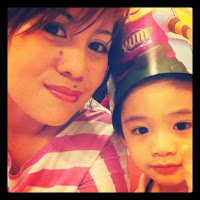 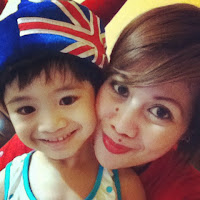 Sharing the good stuff with

Hosted by Krystyn at Really, Are You Serious?